History of the Park

Cliff House was built in the 1830's by a Merchant for use as his own house. During the early 1900's the house was rented and then purchased by the Horsfall family, Jock Horsfall was a famous Aston Martin Racing Driver who stored his fabulous collection of cars in what is now our new bar! During the war Jock was a driver for MI5 and was involved in 'Operation mincemeat' an operation which was turned into a film called 'The Man Who Never Was'. A war time Military move designed to fool the Enemy into thinking we were invading via the Mediterannean. Pictures of Jock and his Aston Martin called the 'Black Car' are in the wall in our office, the car is still raced in Vintage car races to this day.

During the 1950's Cliff House developed into a members country club and then gradually the Cliff House grounds became a Holiday Park. In February 2000 Cliff House was purchased by the Beeston Group who over the past 22 years have reinvested heavily into the Business concentrating on its core incomes Lodges, Caravans, Self Catering Camping and Touring resulting in the Park winning East Anglian Holiday Park of the year in 2006. The Investment has continued and we are very proud of our bar and restaurant 'The 12 Lost Churches' named after the tragic destruction of 12 Churches during 3 major storms over a period of 100 years which opened during the Summer 2010. We have refurbished our shower blocks several times at Cliff House Holiday Park and our holiday park project The Hollies Camping and Leisure Park located in Kessingland Suffolk is open and has been trading for 10 years now! - the web site is www.thehollieskessingland.co.uk. We have now almost finished a new development of a further 38 lodges at The Hollies so it may be  time for you to reserve a plot for a new lodge!

Dunwich is located on the Suffolk Heritage Coast between the coastal towns of Southwold and Aldeburgh. It is an area of outstanding natural beauty and Cliff House is surrounded by National Trust Land on three sides and to the Eastside beach with direct access from the Park. Adjacent to the Famous Minsmere Bird reserve our location really does suit those who enjoy Country walks, birdwatching, cycling and not forgetting a pint of the local ale made locally in Southwold - By Adnams. 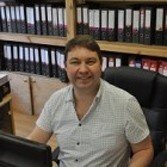 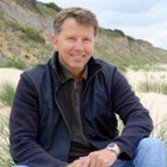 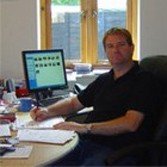 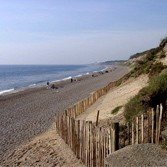 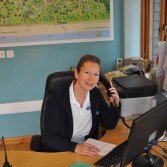 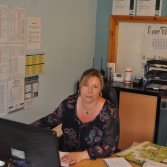 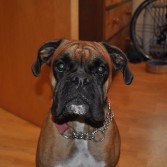 At Cliff House Holiday Park we focus on customer service. All staff from the office to maintenance staff have been hand picked for their attitude towards ensuring that all customers that visit us here at Cliff House leave feeling they have rested and enjoyed their holiday. All customers from those who enjoy camping, touring, renting our accommodation or holiday home owners are all important to us. We therefore thought it would be nice to meet the team before you arrive or indeed after you have left!!

Taken from Brian B on TripAdvisor..... Last weekend 13th May 2016 - was the second time we have been here, great place quiet, very clean, friendly staff, dogs welcome, very closet the beached other walks (lots of) bar (dog friendly) , restaurant, small shop, kids play area, booked again for later in the year great place to relax, we took our motorhome.

My wife and I had Sunday lunch today at The 12 Lost Churches, and if that was anything to go by, the food here is top notch.
The resrauarnt itself is on the Cliff House holiday site down the Dunwich Heath road. It's well worth going out of your way to find, or visiting whether going to or returning from the National Trust site.
OK, it was a carvery lunch (though my chicken with wild mushrooms in a white wine sauce was cooked individually) but you can usually judge a carvery by the vegetables; they were spot on, properly cooked and imaginative, plenty of choice, and even included sweet potato 'French fries.' I'm a massive foodie, and have eaten in Michelin-starred restaurants; this isn't one of them. It's just superbly cooked, great value fare from a team which clearly cares about its food.
The staff were, without exception, helpful and attentive. The price, well, if I say it was good value at under £9 each, they might put it up a couple of quid. Though that would still be great value.
We're back at Cliff House in June, and looking forward to it already.

We had dinner here on Saturday 15 march and would like to say thank you to the Chief the chicken was out of this world we will been recommending the food to all our friends.

We held our wedding at the 12 lost churches last year and decided to go back this weekend to celebrate our anniversary. We met with family for lunch (10 of us in total) the food was delicious and well presented, the staff were friendly (as always) and it was lovely to be remembered and made a fuss of! Our accommodation was clean and cosy, the champagne left in our room a fantastic surprise! My husband and I ate in the restaurant again in the evening and it was another fantastic meal, it was also very reasonably priced for the quality. Another fantastic weekend - we hope to spend many many more anniversaries with you!!!

Great location for walking, cycling, bird watching with brilliant pub on site. Toilets being upgraded so we were given the use of the disabled toilets which were very good. Not too muddy considering the weather. Very quiet time of year to go, think we were the only ones on site. 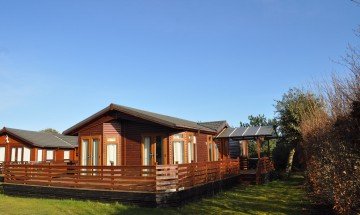 Omar Kingfisher on a lovely plot

This lodge that was unexpectedly became re-available is sited on a superb plot near to the cliff top, enjoying a partial sea view and definitely within ear shot of the ro...